The New York-based performing arts company Shen Yun has exemplary artists in its roster. Taking pride in touring various parts of the world with the renowned Chinese dance company is Sebastien Chun. The talented dancer’s parents survived the atrocities during the Khmer Rouge regime in the 1970s.

They then resided in Paris, where Sebastien was born and later on discovered dance. Sebastien has tackled roles ranging from monk, to emperor, to an Eastern Han Dynasty warlord, and more.

It was in New York — where he studied classical Chinese dance – that he came to fully appreciate Chinese culture. The great part about performing with Shen Yun, Sebastien said, is the opportunity to touch audiences’ hearts everywhere.

Read more about his story in the “Dancing all the way from Paris getting to know Sebastien Chun”. 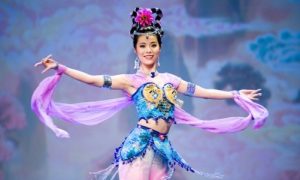