Although it’s disguised as humility, it’s not genuine. It can cause you to have problems in your personal relationships because it is a sign of pride – and you know what they say: pride comes before a fall!

Why do people engage in false humility? People might use false humility when they want to intentionally devalue themselves in order to seem humble, but they’re actually full of pride.

By being able to spot false humility in your life, you can make your interactions with others much more authentic. Here’s our guide on tackling false humility and putting an end to it once and for all.

Before we look at false humility, it’s useful to define authentic humility.

Basically, humility can be defined as spiritual modesty as it enables us to see our place in the larger order of things.

When we are humble, we don’t think too seriously about ourselves, such as when it comes to our failures and successes.

In psychology, humility has been said to contain six important elements.

These are openness, low focus on the self, an appreciation of the value that all things possess, a willingness and desire to see ourselves in a truthful way, an accurate perception of our place in the world, and an ability to see our limitations and mistakes.

Humility clearly has many benefits, not just when it comes to the relationships we have with others but also in how it encourages greater self-awareness and self-growth.

When we are humble, we are more willing to learn and solve problems, which can only benefit us.

What Is False Humility?

False humility can be defined as self-satisfaction. For example, when a person is humble, he or she will acknowledge their mistakes and then take action to change their behavior.

By comparison, a person who is using false humility might apologize but they’re just paying lip service.

False humility is more about impressing others than really having a low focus on the self.

So, the person might speak about being humble but they’re not actually genuinely humble! They’re just pretending to impress others.

People might resort to false humility because they think they have to be falsely humble in order to get ahead in life.

For example, someone might think, “If I’m humble at work and keep my head down, I will get promoted.” Sadly, false humility is only an obstacle that prevents people from achieving their goals.

How To Spot False Humility In Others

Since everyone knows how important it is to be humble, some people will want to pretend that they’re humble in order to be viewed in a positive light – and they can be really convincing!

This is why it’s essential to know the signs of false humility.

They speak of good service, but don’t do it

History is filled with examples of people who focused on helping others, such as Saint Teresa and Gandhi.

They dedicated their energy and time to a cause. People with false humility will talk about the importance of service, but they won’t serve others.

They want to be put up on a pedestal

While a humble person will be gracious enough to accept a compliment, someone with false humility will actively try to be praised and put on a pedestal.

They want this attention and want to be seen as the most important person in their team, company, or social circle.

They only invest in others when they can win

The classic example of someone who has false humility is the friend who only gets in touch with you when they need something, then you won’t hear from them again for months.

A person with genuine humility won’t feel the need to self-deprecate, whereas a person with false humility will do this around others so that they can appear to be very modest.

This is actually as a result of feeling inferior or unworthy around other people, and it can be a way for them to gain other people’s approval.

Since people with false humility are so focused on impressing others, they tend to be people pleasers. They will do what other people want, without thinking of doing the right thing.

They don’t want to receive feedback

This is as a result of having a low self-image and lack of self-worth. How To Develop Authentic Humility

In order to be genuinely humble, there are some important skills you need to develop. These include the following:

Listening to other people

Humility involves valuing what other people need to say so that they feel heard.

However, when listening to others from a humble perspective, you’re not trying to fix their problems or give them advice – you’re simply listening and responding to them.

Mindfulness is a spiritual activity that helps you stay in the moment and accept it for what it is without making judgements about it.

It can be a useful way to help you build your humility because humility is essentially accepting yourself with your flaws, faults, and limitations.

You should regularly think about what you’re grateful for as it’s very easy to slide into a negative spiral of wanting more from yourself or your life. When you count your blessings, you can become more positive and humble.

By gaining feedback from other people, you’ll keep your mindset open and it allows you to avoid thinking your way is the only right way of doing things. This is a tip that’s also good for leaders to bear in mind.

How To Deal With Someone Who Has False Humility

Since pride is a common trait people with false humility display, it can sometimes feel difficult to get through to them.

An effective tip is to make the person see that you’re acknowledging their point of view, but then mention what it is you’d like to say.

For example, you could say, “Yes, I agree with you that our team at work can be more productive, but I would like to deal with another issue” and then proceed to inform them of what that is.

This can help to redirect the person’s attention and encourage them to listen to you.

A useful way of dealing with someone who has false humility is to suggest ways of communicating with them.

For example, you could suggest that you both listen to each other’s ideas to solve a problem or deal with a challenge, therefore giving you both a chance to get heard.

Since pleasing people is something that is common with people who have false humility, it’s important to be honest yet respectful when communicating with someone like this in your life.

“I” statements are useful, so if you’re upset with them you could concentrate on how you feel and what you’d like from the person.

For example, “I feel hurt when you don’t tell me what you really feel and I’d like you to know that your real thoughts and opinions are important to me.”

This could help to encourage them to be honest instead of telling you what they think you want to hear.

Can you be humble and have high self-esteem?

When you’re humble, this doesn’t mean you have a low opinion about yourself. It means that you accept yourself, including your positive traits and limitations. But, you also acknowledge the good qualities of others.

Do humble people put others ahead of themselves because they lack self-worth?

This is a big misconception about humble people. Real humility means putting others ahead of you because you don’t need to be better than others. This doesn’t mean you don’t have self-worth, though.

While humility is a good trait to have as it opens you up to being a better leader and person, false humility is something to avoid.

In this article, we’ve featured how to tell the difference between genuine and false humility, along with tips on how to spot false humility red flags in others. 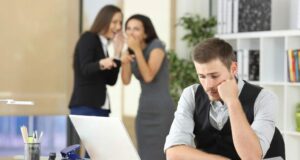 How Can You Expose A Gaslighter? Your Guide To A Compatible Marriage