Shen Yun, the classic Chinese performing arts company is coming for their 2015 world tour, arriving Phoenix Arizona with stops at the Ikeda Theater in Mesa Arts Center, beginning on the eleventh of February; and ending at the Phoenix Orpheum Theatre in Phoenix Convention Center on the llth of February, 2015.

What the New York Times calls “5,000 years of Chinese music and dance, in one night…” is described by Broadway World as “brilliant choreography… Extravagantly beautiful.”

Audiences in Mesa city will be the first to see the new 2015 Shen Yun performance when Shen Yun Performing Arts makes its first stop at the Ikeda Theater in Mesa Arts Center, Mesa, Arizona. Ikeda Theater tickets are available for two shows, scheduled on Wednesday and Thursday, Feb. 11-12, 2015.

An all new production is created each season following six months of intensive practices leading up to the five-months of visiting cities across the entire world. With the heritage of historical China, the group integrates music, dance and poetry roots in the Middle Kingdom.

Shen Yun translates as “the beauty of heavenly beings dancing.” The group spotlights 5,000 years of Chinese cultures in stories told through the energy and grace of music and dance by tremendously talented performers, a full symphony orchestra, elaborate scenery and intricate colorful costumes.

Tickets for five Shen Yun two-hour stage shows are for sale online at values beginning at $50 going to $138. Children under age four are not admitted at the performances.

A preview and pieces of showgoers’ feedbacks are featured on video. 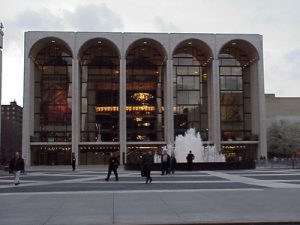